Keto might be more than just a fad diet.

The ketogenic diet’s popular high-fat, low-carb menu is being used in the world’s first randomised dietary study to investigate its effects on Alzheimer’s disease.

It involves 27 participants aged between 50 and 85 years old with mild Alzheimer’s and their study partners, who are typically their spouse, to support the process. 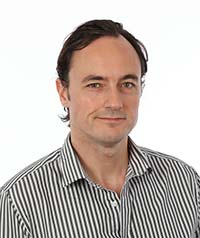 “On a day to day basis, I deal with difficult conditions such as stroke, Parkinson's and nerve or muscle diseases.

“But with Alzheimer's, it can be even more difficult due to a lack of treatment options; consequently, many people get diagnosed, have a follow up and may be just discharged from specialty clinics, and sometimes forgotten about medically,” Dr Phillips said.

“The medications we give for Parkinson’s and Alzheimer’s are helpful, however they only mask the symptoms and don’t cure the disorder. So, we want to do more than that.

What is a keto diet?

A keto diet is very low-carbohydrate, high-fat regime that puts your body into a metabolic state called ketosis.

“Ketogenic diets induce metabolic changes throughout the brain and body which are in many ways similar to those induced by fasting, which can improve neuron energy production by stimulating mitochondria growth and efficiency," Dr Phillips says.

“The ketones produced from the ketogenic diet are also utilised by the neurons as an ‘alternative fuel’ in addition to glucose, which can improve their energy production.

“To me it’s about the neurons needing a lot of energy and they don’t have it in Alzheimer’s, so if you repair the energy problems in these neurons, then maybe we can help them function better and improve the symptoms of the disorder at its core,” Dr Phillips says.

“In addition, we’re also looking at the effects of the ketogenic diet on weight, diabetes markers, and cholesterol with Alzheimer’s,” he said.

“Current Alzheimer’s medication gives people a small symptomatic improvement that lasts about 12 months but then they’re often ‘back to where they started’. It masks the symptoms but doesn’t cure the problem,” he said.

Why study the link between keto and Alzheimer's?

The Canadian-born, Australian-trained neurologist first became interested in the link between the keto diet and Parkinson’s and did a similar trial in 2017, which was published in 2018 in the Parkinson’s journal, Movement Disorders.

The study compared a low-fat, high-carbohydrate diet versus a ketogenic diet in a hospital clinic of Parkinson’s patients.

The results showed that the keto group showed much greater improvements in their nonmotor Parkinson’s symptoms, which often represent the most disabling aspects of the condition, compared to the low-fat group.

Moreover, the symptoms that improved the most were those that are the lease responsive to current Parkinson’s medication, suggesting that a combined approach using both the keto diet and medications may be ideal.

The Alzheimer’s dietary study, which starts on September 9th, monitors one group staying on their usual diet supplemented with optional recipes and healthy diet guidelines, while the other group sticks to a modified keto diet designed specifically for people with Alzheimer’s.

“The type of fat does matter to some extent; for example, we are not using any trans fats in our keto group, and all ingredients are available at local supermarkets. We're emphasising natural fats such as extra virgin olive oil, avocados and extra virgin, cold pressed coconut oil,” Dr Phillips said.

Each group will spend 12 weeks on one diet, then have an eight-week break over Christmas, then the groups will switch diets for another 12 weeks.