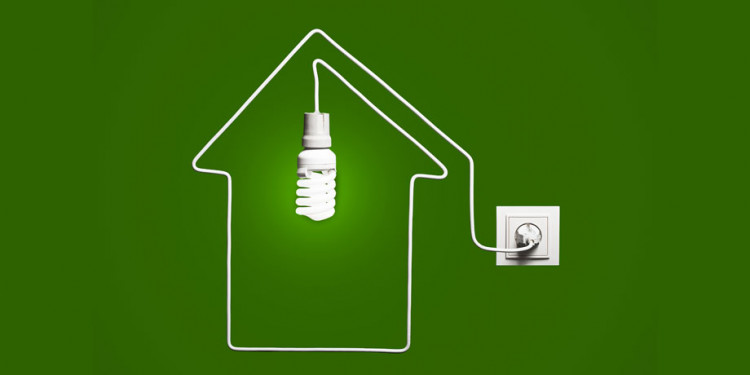 When opening your power bill causes you to pull horrible faces, you know winter has arrived.

The average New Zealand household spend on power was $2,101 in 2015, which equates to an average power bill of $166.75 per month, per household. In reality, though, power consumption swings wildly from winter to summer, from North to South, and from big households to studio apartments.

Heavy power users can regularly run up electricity costs of $800 each month in mid-winter; one new arrival from the US was horrified to receive a $1,200 monthly power bill for a 2-bedroom flat.

What can you do to keep the power bill down without having to wear your puffer jacket in the house? Here are 7 ways to quickly and cheaply reduce your energy consumption: put them all together and a busy family of 4 could potentially save up to $95 a month on their electricity bill.

Check for a cheaper electricity provider

Are you paying too much for power? Grab your power bill, visit whatsmynumber.org.nz and find out if you could switch to a cheaper supplier.

Cost: $0, provided you're not on a contract.

If you're thinking, ‘No way am I giving up my lovely high-pressure shower,’ you may want to reconsider – this is one of the cheapest and easiest ways to save money on your power bill. If your shower fails the bucket test, a low-flow shower head or flow restrictor washer can be fitted easily, costs little, and “is designed to give you a good shower experience”, says Christian Hoerning, senior technical adviser at EECA.

Cost: Around $50 for a low-flow shower head, or a couple of dollars for a flow restrictor washer.

If you're still thinking, ‘Still not giving up my power shower,’ you could get out slightly sooner. Cutting 1 minute from your shower time each day, especially if you get the whole family to co-operate, will definitely reduce your energy bill.

Turn appliances off at the wall

The typical New Zealand household spends $100 or more a year to keep their appliances on standby, says Hoerning, and standby power can account for up to 7% of your power bill.

He ran some tests on the new washing machine he bought last year and discovered it uses $50 a year in electricity if it’s left on standby, despite the fact that it doesn't have any lights on the front. “I hope this is an extreme case, but I don't know,” he says.

There’s some debate about whether or not you should switch off your computers, but you can definitely flip the switch on your washing machine and dryer, as well as your audio equipment and TV (but not any programmed recording devices).

If you're still running old-style incandescent lights, swap them out for good-quality LED lights, which last for up to 25 years and cost between $10 and $20 each (read lightbulb reviews here).

“In a high-use fitting that cost would be paid back in a year,” says Hoerning.

Cost: Around $400 to replace 20 incandescent bulbs with LED bulbs; but you can do it as they need replacing.

Saving: About $15 per year, per ordinary bulb – a saving of over $250 per year for a house with 20 bulbs. Plus they won't need replacing for 12 to 25 years (this interactive tool provides more details).

If you use batteries to power devices like torches, kids toys, bike lights, or wireless mice and keyboards, you may save money by investing in rechargeable batteries. You'll need to do the numbers on whether this is worthwhile, but for households where battery usage is high, the savings can add up. Plus, says Hoerning, throwing out fewer batteries is better for the environment.

Cost: Around $30 for a charger and four rechargeable batteries.

Saving: $7 dollars for 4 AA batteries means you’ll save that amount or just below each time you use your rechargeables instead of replacing the batteries with new ones – so these will pay for themselves within about 5 replacements.

Use the washing line whenever you can

Using a clothes dryer costs up to $1 per load, so hang your clothes outside whenever you can.

Saving: About $200 a year for households doing 4 loads per week; so if you dry half your loads on the washing line, you'll save $100.

Grab a screwdriver and tighten up your latches and catches, says Hoerning, seal up your windows and pop a draught snake by the door. You can also use a DIY window insulation kit to create “poor man’s double glazing”, amongst other things.

Don't forget, adds Hoerning, you need to balance warmth with ventilation to avoid mould – air your house out when you can to prevent condensation.

Even if you don’t save money on power, you'll be warmer and more comfortable in your house. A study of the Warm Up New Zealand insulation programme found those living in newly-insulated houses did save around 1% on their power bills – but more importantly, the residents (particularly those over 65) were less likely to be hospitalised when living in a warmer, drier house.

Cost: $0 to a few hundred for insulating all your windows.

Saving: Not much, but the heat you're pumping into your house will stay there for longer and help to keep your home warmer and your family healthier during the winter.

It all adds up

Total cost: Up to $700 to adopt all these changes, but ongoing costs are much lower – once adopted, you're only paying for charging batteries and replacing DIY double glazing every year or 2.