What does the rise in inflation mean for New Zealand families? There’s been no let-up in the intense price pressures that have been buffeting New Zealand households. Consumer prices rose by 7.3% in the year to June. That’s the highest annual rate of inflation in 32 years.

Westpac Senior Economist Satish Ranchhod gave us a breakdown of where we are and what we can expect in the near future.

What does the rise in inflation mean for New Zealand families? 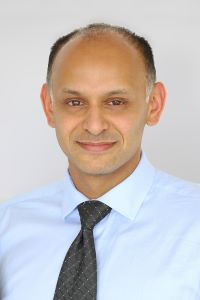 The past year has seen particularly large increases in the prices of household necessities, like food, petrol and housing costs. Increased costs in those areas are going to be felt by pretty much every family across the country.

However, the high level of inflation isn’t just due to a few specific items. In fact, price pressures are boiling over in every corner of the economy.

The rise in consumer prices is squeezing households’ spending power, and the pressure on household budgets has been more intense for those households on lower incomes (who tend to spend a larger share of their earnings on necessities like food, fuel and rent). Wages have also been rising, and they are now growing at their fastest pace in more than a decade.

Even so, for most households income growth still hasn’t kept pace with the rise in living costs.

What’s driving the rise in inflation?

Much of the strength in inflation has been due to big increases in businesses’ operating costs. Over the past year there have been large rises in the prices of many imported commodities. Those increases have been compounded by disruptions to global and local supply chains, which has resulted in shortages of both raw materials and consumer goods.

But the current very high level of inflation isn’t just due to supply pressures. Consumer demand has also been running hot. That’s important because, if demand remains strong, inflation is likely to remain elevated even when the current pressure on operating costs (eventually) eases off. And of particular concern for the Reserve Bank, a key factor that has underpinned the strength of household demand has been the stimulus from low interest rates.

How long will inflation remain elevated?

We think inflation probably peaked in the June quarter. Many of the cost increases that we’ve seen have been related to sharp increases in import prices over the past year. That includes the doubling in international oil prices. Now, while prices remain high, they’re not increasing at the same pace that we saw last year. And in the case of petrol, prices have actually fallen in recent weeks.

But while inflation may have peaked, underlying price pressures remain strong. In fact, we aren’t forecasting inflation to be back within the RBNZ’s target band on a sustained basis until 2024. And that signals an ongoing squeeze on households’ spending power.

What does the continuing strength in inflation mean for the Reserve Bank?

Given the persistence of inflation pressures, the RBNZ is on course to continue raising the cash rate over the coming months. In fact, we’re now forecasting the Official Cash Rate will reach a level of 4% by the end of this year.

To date, many households have been shielded from the impact of rising interest rates. That’s because of the record low fixed mortgage rates that were on offer over the past year or so. However, borrowers across the economy are now rolling off those earlier very low mortgage rates, and in many cases they will face refixing at substantially higher levels. The resulting pressure on household budgets will be a drag on spending and economic activity more generally.

With interest rates on the rise, is New Zealand headed for a recession?

We’re not forecasting a recession. However, with interest rates on the rise here in New Zealand, and growth in other countries also set to slow, there is a risk we see economic activity going backwards for a period.

However, while the New Zealand economy is likely to lose some steam over the coming year, we’re entering the slowdown from a strong position with very low unemployment. That means that as a nation we are better position to deal with the drag from higher interest rates and the softening in demand.